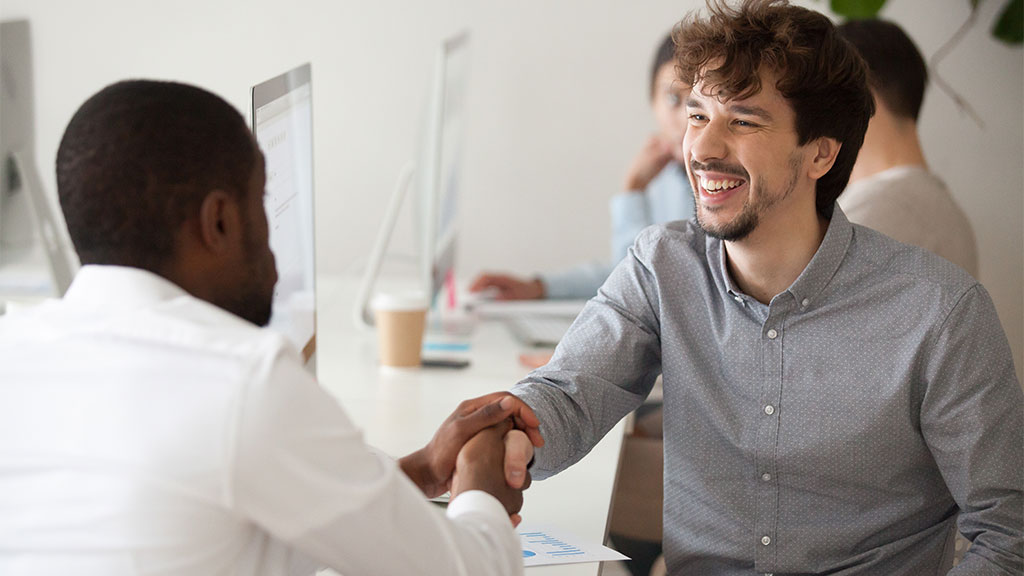 Yes, companies often drug test new hires. There is no federal law that prevents an employer from making you take a drug screen to get a job. State laws may vary, but marijuana is still federally illegal, so you can be tested in most states, even where medical or recreational weed is legal. If you are thinking about starting a new job, it’s important to know a drug test could be in your near future. That said, not all companies test for drugs.

Being forced to take a drug screen by the company you currently work for or are interviewing with may seem unfair. However, drug screens aren’t made to keep you from working. Businesses are responsible for their workers, products and property. Drug-use is related to work injuries and other workplace concerns.

Does making me take a drug test to get a job violate my rights?

The federal government and most states allow pre-employment drug screening. If you have heard drug screens are illegal, you may have heard it from a case called Lanier v. City of Woodburn. This case said it is illegal to drug test someone to get a job because of the 4th amendment.

However, this case only applies to public employers in Oregon, not private businesses or in other states. So, if you aren’t applying for work in Oregon, you will still have to take a drug screen.

Some states, like Alaska, have no restrictions on drug-screening, while others, like California, have very specific guidelines for pre-employment testing. Some states, like Rhode Island, limit how or when a drug test can be given to a prospective employee. It is a good idea to look online for your state law and make sure you are being treated fairly.

Can I be drug tested if marijuana is legal in my state?

In states where weed is legal, drug testing is more complicated. Because marijuana is federally illegal, employers who receive federal money still test for THC during the hiring process. 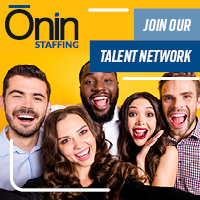 Although in some states, like Maine, employers are not allowed to test for THC, but it is legal to test most everywhere else. In states, such as Oklahoma, where medical marijuana is legal, employers still test for weed. Even if you have a prescription for THC in Oklahoma, you can still fail a drug test if the test shows you have THC in your system.

In most states, a private business cannot control your use of marijuana except on their property and time.  This means your private employer can set their own rules about drug-use of their employees both on and off the job.  Some companies have a no-tolerance policy meaning you cannot use marijuana on or off the job (you will often see this for companies with high-risk jobs such as electric utilities, truck drivers or medical field associates).  Others, particularly in states where weed is legal, don’t mind if you partake off the clock but you cannot smoke or be high on the job.

Most companies can still test for THC and you can lose your job if you fail for now. There are several cases in court around the country which may change the laws.

Legal weed may keep you from taking drug-testing in a few states but laws vary. It is important that you understand your state law and how it applies to you.

Pre-Employment Drug Testing by State (as of 2019)

Can a company drug test me after I’m hired?

If you are worried about having to take a drug test to get a job, things get more complicated once you have the job. You can be tested after an accident, randomly or for reasonable suspicion.  These tests often come without notice so be sure to read up on your companies on/off the job drug policy – especially if weed is legal in your state.

What is a reasonable suspicion drug test?

“Reasonable Suspicion” is a common practice where employers in many states can make an employee who is acting like they are using drugs take a drug test. To be tested for reasonable suspicion:

Will I be drug tested after an accident at work?

If you have a  work-related incident that damaged property or injured an employee, a drug screen can be required in many states. If your drug test shows drugs in your system during the accident, you can lose your job.

What if I refuse to take a drug test?

If you refuse to take a drug test, you can be let go. If your company has a written policy that says you can be fired for refusing a drug screen, and asking you to take the test doesn’t violate any other laws, they can end your job.

What happens if my drug test has positive results?

You could be fired if your drug test shows you have drugs in your system. As long as the workplace drug policy is clear and was provided to you while working for the company, you can lose your job. Some companies offer a rehabilitation program as a way to help you both keep your job and break the cycle of addiction.

What will happen during a drug test?

So, what drugs will you be tested for? Employers may test for many different types of drugs, but the employers are most likely to test for these five drugs:

You have to do the test at a lab or at the office where you applied. You will fill out a form that will give you some instructions. Someone will tell you how to properly perform the test. If you don’t follow the instructions, you may fail the test.

When you are done, the bathroom may be inspected for evidence of tampering. Most tests have strips which show evidence of fake pee. This means your test will be checked to see if it is fake, if something was added or if you used someone else’s urine. Depending on the process, you may find out if you passed before you leave or told later.

If you are given an oral strip test, you will take the test at the desk of your recruiter. You will be given paperwork, instructions and a then a test strip to put in your mouth. After your time is up, you will put the strip into the tester. Again, results may be immediate or you may be contacted later.

Can I get in trouble for faking a drug test?

You may be tempted to fake the drug screen by using synthetic or someone else’s urine. Unfortunately, most companies are wise to this tactic. Drug screen kits now are able to detect synthetic products and can catch borrowed pee, as well.

Fake or synthetic urine is illegal in New Hampshire and Indiana. Currently, eighteen other states are considering similar laws. Purchasing these products could come with its own risks soon around the nation.

You may get lucky by passing the test and landing the job, but how long will your luck hold out? By continuing to use drugs and working while impaired, you put yourself, others and your employer at risk. It’s safer just to be honest.

What happens if I have an accident at work when I’m high?

According to the US Department of Labor, 65% of workplace injuries are a result of drug and alcohol abuse. Employers lose $81 billion dollars yearly because of employee drug use, according to the National Council on Alcoholism and Drug Dependence Inc. Using drugs makes it hard for you to do your job safely. If you hurt someone or something at work, you can lose your job.

Up to 40% of workplace deaths are the result of substance abuse. Attempting to work while under the influence puts you and others at risk.

What happens if I cause property damage while high at work?

The business is responsible for keeping not just their employees safe, but also their equipment, materials and product. A workplace injury rarely happens without involving some form of material or equipment. When company assets are damaged, they must be repaired or replaced, which adds to the cost of the accident.

Why does anyone care if I get high outside of work?

You are a part of your team and your attitude affects everyone. Coming to work under the influence of any substance will affect your attitude. Weed may make you feel relaxed, but you may also seem lazy, tired, self-centered or unfocused.

Other drugs, like meth, may cause you to feel joyful and energetic, but you may be perceived as aggressive, hyper, talkative, distracting, abrupt and jittery. Under the influence, you may have arguments or fights which escalate and managers get involved. These situations will affect your reputation and ability to move up in or even keep your job.

Why does anyone care if I miss work?

Injuries are not the only problem you may have to deal with. Many people who abuse drugs but still work are frequently absent or late to work. A binge takes time to recover from, and there are side effects from drugs like getting sick or feeling “off.”

When you miss work, everyone suffers because productivity decreases and projects are delayed. Attendance issues have greater consequences for your reputation or cause you to lose your job.

Whether you have a family at home or you live on your own, your actions affect others. Your absence from work not only decreases your paycheck, but it also increases the work for your team. Shifts may be extended to make up productivity. The overtime can cause parents to be late picking up children or cause friends to break commitments.

Why is getting high such a big deal at work?

Not only does your absence from work cause your team to work late, but coming to work high creates more mistakes on the line, damaged product, and missed deadlines.

Also, at work related to substance abuse. A study found that 80% of employees who used drugs stole from their job site to support their habit. Not only theft from the business but also from fellow employees.

Stealing from your employer or co-workers has legal consequences. If caught, you could be facing fines as well as jail time. If you happen to work in a federal trade zone, for example, you could face fines of up to $250,000 and up to 10 years in prison.

What should I do if I do drugs and need a job?

Employers are responsible for the safety of their workplaces. They drug test to ensure the quality of their work environment. If you feel your rights have been violated, be sure to check your state laws or consult with a lawyer. However, if you are concerned about passing a drug screen, you have choices. 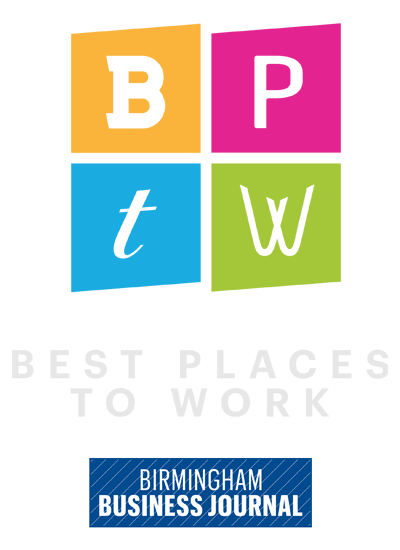 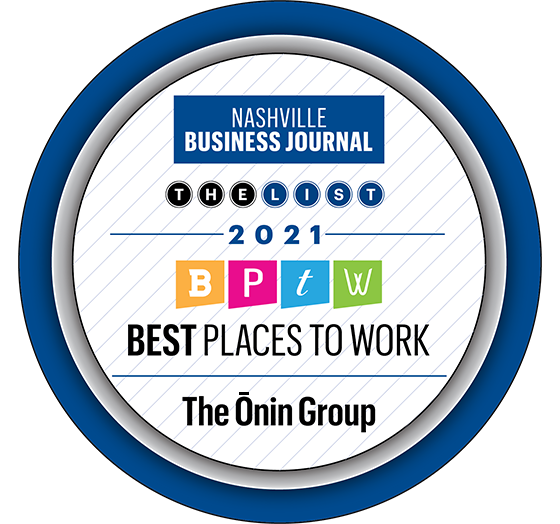